There’s a blogging trend now that I read about on the Huffington Post:http://www.huffingtonpost.com/laura-rossi-totten/things-im-afraid-to-tell-you_b_1553773.html  Folks are spilling their deep, dark secrets on their blogs. Here’s my offering. I didn’t have room to puke out everything, but I’m writing things I’m afraid to say.

I’m too afraid to object to anything my Soul Bro does. For instance, I’m sleeping on a love-seat, when I used to sleep on a Temperpedic mattress with him (by sleep, I mean sleep in the literal sense). This is because I trashed his bedroom with drink bottles when he told me to keep the place neat. It wasn’t that I was trying to make him angry. It was my perpetual laziness, the mindset of ‘I’ll get it next time,” and the fact that I’ve been messy and cluttered from the time I was in the womb. I think it’s my disorder and I know that’s a lame excuse, for I am indeed lazy. Or exhausted from my compulsions, the thought that I must do this or that in my head. I try to regiment my life. No one knows to what extent I order the things I do…But still, I am lazy. At first it was that I couldn’t bring my drinks in the bedroom. Was that good enough?  No.  I’m supposed to get a bed soon, but he won’t even let me sleep on the couch because it’s in the living room. I’m around 5’7″ and 215 pounds. A 10 year-old couldn’t stretch out on my love-seat, and the back cushions are in his room being used as cushions. I hate it. How can someone who loves me treat me this way? I RESENT IT.

I’m scared of being kicked out of the apartment, being sent to some place where I don’t have autonomy. I’d rather be dead than that happen again. I’m even more afraid of being alienated from my Soul Bro. I’m scared if he doesn’t take me with him when he goes back to college, I will be entirely alone. I’m scared. I want to be like everyone else. I want to drive places on my own and get out from time to time.

I’m not sure if I’m a financial burden or a benefit. I pay $475.00 to live here and I was hoping that would be enough to cover my rooming, food, etc. since the apartment  costs $700 and there are 3 of us… But I do also get the fastest internet, a shitload of cable TV, digital phone, and then they take care of power too, so I’m sure they ain’t lying that they pay about $1200.00 a month for everything including the rent. They want me to pay more for my share of the food. When I have money and food stamps I do just that, but  I only get $698.00 a month from my SSI. I also have a $63.00 storage payment and $15.00 a month to the landlady for the junk removal in the old apartment (most wasnt junk, but I was in a hurry to get out. Lots of stuff would I have kept if I had the time and place, because I used to sell a little bit on eBay. They say that when The Partner goes to the store almost everyday and spends $30.00 on non-frivolous things. Even the dishwasher liquid is used faster, which is no doubt true. But then I also smoke a lot of their la la la when invited. They use it medicinally, I just use it because Oh what a feeling when you’re dancing on the ceiling. Oh, and because my life kinda sucks. I see very few people, what with gas prices and all. It would seem unseamly to me to suggest us get out. Besides, when The Partner gets home from work, they mainly go into the room I once shared and watch TV, leaving me to my devices.

Secretly, I burn with jealousy when the allegedly broke-up couple go about their business, because I’m petty, Tom. And lonely. I don’t seek much society, I am the sort content to not go out with friends a lot, but I see so few people anymore, and I rarely go farther than the patio. And cruel fate! The manager of the apartment complex tells me I can’t go to the pool without one of the guys with me unless they add me to the lease. I know they will never put me on that lease. Not being on the lease gives them a power over me, the power to throw me out on a whim. I’m not saying they would, but I’m still afraid.

Here’s another thing I haven’t told Soul Bro: One of the things that drove me to make a half-hearted suicide attempt was my love for him. I’m not sure I ever want him to know, and I hope he doesn’t read this, but I fell in love with him almost from day one. It wasn’t his fault that I never wanted to leave his side, he just “got me” on a level no one ever has. I knew he was gay, but how could I help myself? He is funny, brilliant, and likes the things I like. It doesn’t help that he’s handsome and has a loyalty that is loveable. Though he overreacts at things… he always comes back in the end. I think I’m still in love with him, even though he’s pushing me away, and I’d never pursue my feelings. It wasn’t all that made me do what I did. Here’s my  unsundries hung out in public: I was scared he was mad at me, lying to me, just so much went through my mind. It felt like everyone in the world was angry at me that day. I felt all the loneliness overflow, all the feelings of worthlessness and that my life was over the day my mother died.  So I played a sort of Russian Roulette with Ativan. I’d take a few pills, try to count to 300 (a sort of magical number for me) and if my Soul Bro didn’t come out of his room by then, I’d take a few more. So girly of me this lame suicide attempt. Men as a rule are better at offing themselves, a talent that they would rejoice in no doubt if their brain matter wasn’t strewn across the room from shooting themselves. I probably was never in true danger of death, though I don’t know. I took 12, maybe 16 altogether. 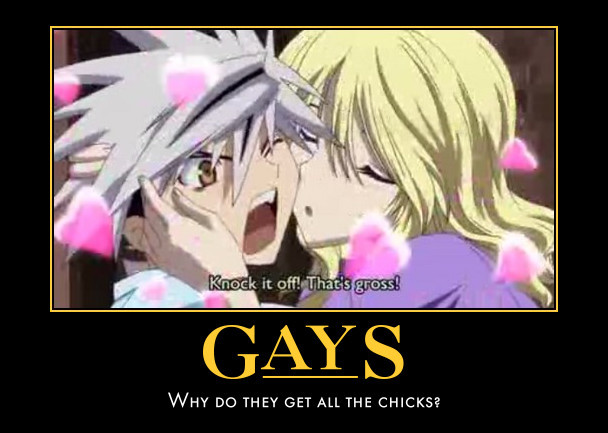 But that’s all the confessing I’m doing for now. I’ll explain the whole story sometime.

I could’ve wrote about it…

Back to top
Paper Stars

The Current Of Time Trickles On...

How To Prioritize Yourself—a smart path to life and love.

For the Love and Liberation of Black Childhood

A Mum on a Mission

Confessions of a reading freak

The Wolf Of Online Marketing

Living with an eating disorder

Official News and Information from the Fairfax County Police Department

Diane Figured It Out...And I didn't. Yet.

The Victorian Book of the Dead

A book on the popular and material culture of Victorian death and mourning.

From soul to soul

I write what I feel🥀

Confessions of a Doctor to be
Lucy Gan

The official blog of Lucy Gan

Just another WordPress.com site with thoughts by Marcus Ampe

True wealth is the wealth of the soul

WWG1WGA The Truth Is Coming

Learning without thought is labor lost; thought without learning is perilous. - Confucius

we are fish that play in a sea of light

A Blog About Nothing!

In Other Words
THE STATECRAFT OBSERVER
Incredibly Cute Animals
Overcoming OCD
Diary of a Disabled Person.

I don't want to exist. I want to live.

A blog about living with mental health problems.

The TraSa897 Foundation is a Vietnamese non-profit organization